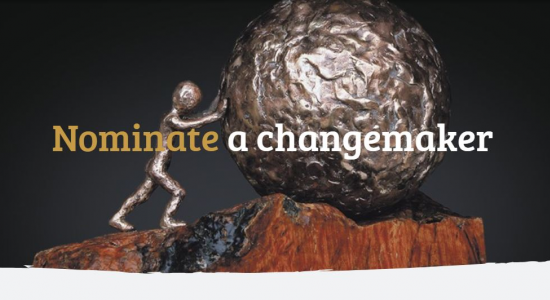 Every year KidsRights organises a prize which aims to award a child whose courageous or otherwise extraordinary efforts have made an impact on behalf of the rights of children worldwide.

The winner will receive the statuette ‘Nkosi, which shows how a child sets the world in motion, a study and care grant, and a worldwide platform to promote his or her ideals to the benefit of children’s rights.

Furthermore, KidsRights will invest a project fund of €100,000 in projects that are closely connected to the winner’s area of work, in the country of the winner.

Who can be nominated

How to nominate
Any person or organisation worldwide can nominate a-changemaker between 12 and 17 years old who has a history of standing up and fighting for the rights of him/herself and other children.