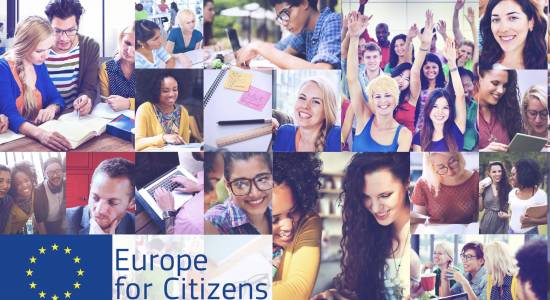 Network of towns is aimed at providing funding to municipalities and associations working together on a common theme in a long term perspective, and wishing to develop networks of towns to make their cooperation more sustainable.
The measure Network of towns is the second Measure of the Strand 2. Democratic engagement and civic participation within theEurope for Citizens 2014-2020 programme. This strand aims to foster European citizenship and improve conditions for civic and democratic participation at EU level, to encourage democratic participation of citizens at EU level and to support concrete participation in the EU policy-making process.

Thematic networking between municipalities on issues of common interest enables informed discussions and exchange of good practice.
The potential of the networks created by a series of town twinning links should be used for developing thematic and long-lasting cooperation between towns.
The European Commission supports the development of such networks, which are important for ensuring structured, intense and multifaceted cooperation.

2.2 Networks of Towns are expected to
– integrate a range of activities around the subject(s) of common interest to be addressed in the context of the Programme’s objectives or multiannual priorities;
– have defined target groups for which the selected themes are particularly relevant and involve community members active in the subject area (i.e. experts, local associations, citizens and citizens’ groups directly affected by the theme, etc.);
– mobilise citizens across the Europe: a project should involve a minimum of 30% of invited participants. « Invited participants » are international participants sent by the eligible partners;
– serve as a basis for future initiatives and actions between the towns involved, on the issues addressed or possibly on further issues of common interest.

Projects must
foresee at least four events
involve municipalities from at least four participating countries, of which at least two is an EU Member State
have a minimum of 30% of international participants coming from the invited municipalities
the maximum project duration is 24 months;
the project must start within the relevant eligibility period, which depends on the deadline of the Measure within which the application is submitted.

The applicants and partners must be either public bodies or non-profit organisations with legal personality.
A project must involve municipalities from at least 4 eligible countries of which at least two have to be EU Member States.

Participating countries
28 EU Member States: Austria, Belgium, Bulgaria, Croatia, Cyprus, Czech Republic, Denmark, Estonia, Finland, France, Germany, Greece, Hungary, Ireland, Italy, Latvia, Lithuania, Luxembourg, Malta, Netherlands, Poland, Portugal, Romania, Slovakia, Slovenia, Spain, Sweden, United Kingdom.
– Albania, Bosnia & Herzegovina, former Yugoslav Republic of Macedonia, Montenegro, Serbia and Kosovo.
For British applicants: please be aware that eligibility criteria must be complied with for the entire duration of the grant. If the United Kingdom withdraws from the EU during the grant period without concluding an agreement with the EU ensuring in particular that British applicants continue to be eligible, British applicants will cease to receive EU funding (while continuing, where possible, to participate) or be required to leave the project.
The Programme is potentially open to the following categories of countries provided that they have signed a Memorandum of Understanding with the Commission:
a) acceding countries, candidate countries and potential candidates, in accordance with the general principles and general terms and conditions for the participation of those countries in Union programmes established in the respective Framework Agreements, Association Council Decisions or similar Agreements;
b) the EFTA countries party to the EEA Agreement, in accordance with the provisions of that Agreement.

For more information, please contact the Europe for Citizens Point in your country.