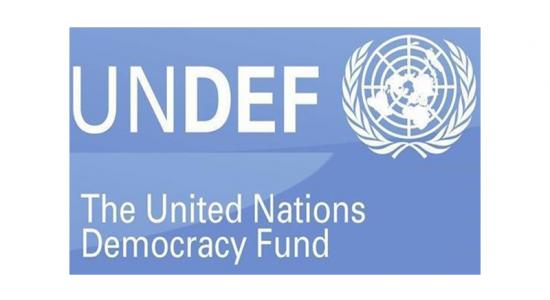 UNDEF will support two-year projects that empower civil society, promote human rights, and encourage the participation of all groups in democratic processes.

The large majority of UNDEF funds go to local civil society organisations, both in the transition and consolidation phases of democratization.

Who can apply
– Civil Society Organisations and Non-Governmental Organis ations, engaged in promoting democracy;
– Independent and Constitutional Bodies, including Election Commissions, Ombudsman Institutions, National Human Rights Institutions and other independent governance bodies, for project proposals facilitating the inclusion of the voice of civil society;
– Global and Regional inter-government bodies, organisations and associations other than the United Nations, for project proposals which strengthen the voice of civil society.

UNDEF’s priority is Civil Society Organizations and Non-Governmental Organizations and the large majority of UNDEF funds go to local civil society organizations; both in the transition and consolidation phases of democratization.
The organisation must be legally constituted.

In this Round, UNDEF particularly welcomes projects that address challenges to civic space and democracy as a result of the Covid-19 crisis

Proposals must be submitted online in either English or French.